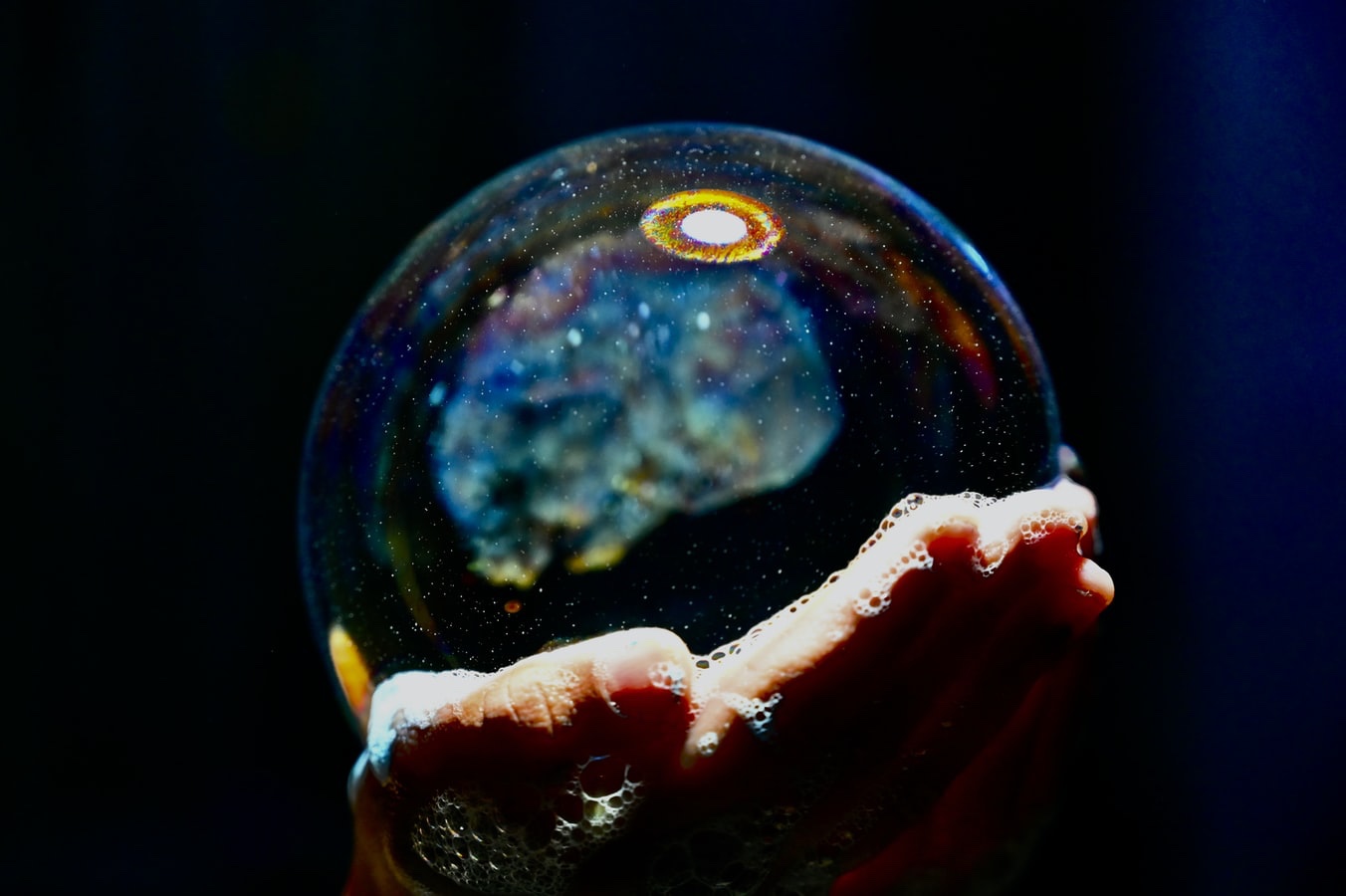 This quote below speaks to the new world that we live in where everyone is working harder and hard and more hours to keep up with inflation on things like health insurance, college, and many other expenses today.

Due to all of the printing being done by the FED as much as 65% of all US dollars ever since the beginning of 2020.

We know that we have asset inflation and the US dollar are getting exponentially weaker as too many dollars are chasing too few goods.

This is why others are buying bitcoin or trying to get out of the US dollar.

Look at how straight up the bitcoin chart is going. Either people are fleeing the US dollar or their is a lot of hype around bitcoin. 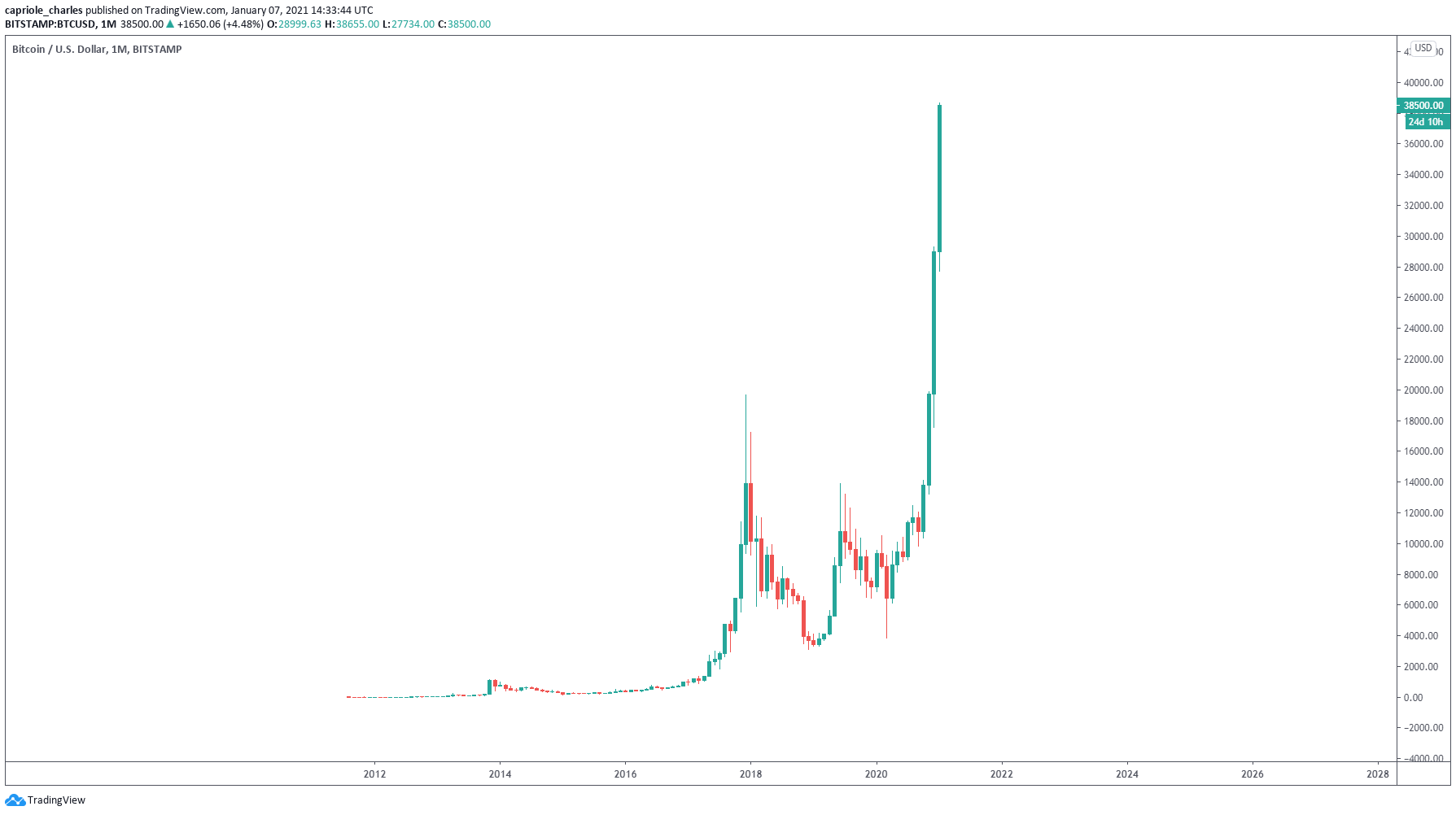 Tesla went up near 800%+ in 2020 as Elon just became the richest man in the beginning of 2021. I’ll show you more Tesla data below. This stock is way up, clearly not based on cars but tech and energy. 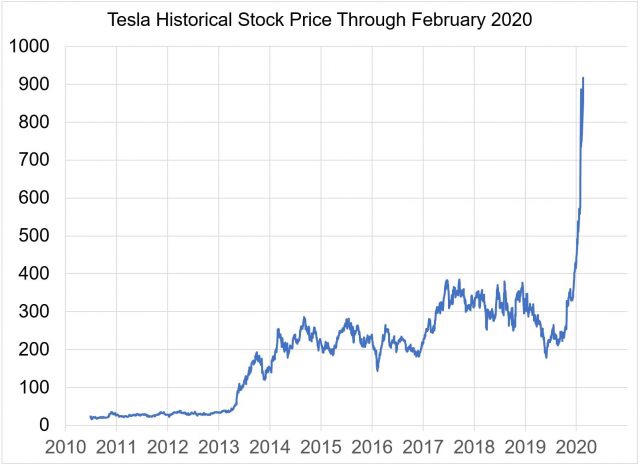 You should listen to this podcast about what’s happening in the economy with the printing of money, hyperinflation and why many are investing in bitcoin.

Some of these Tesla stats just don’t make sense if it’s based on a small share of the market.

Bitcoin just doubled in weeks and look at how quickly by day that it’s climbing.

Back in 1923 hyperinflation took over Germany look how bad it got and how quickly it happened. Prices were going up in the same day.

Look at this next Tesla stat. Look up prices of trading towards sales and what’s normal over the years, everyone is jumping in

With the rise in the cashapp and Robinhood app, in addition to unemployment, & stimulus, many are looking at ways to make money by getting into stocks and day trading. What’s also happening is bank CDs and other safer type of investments have very low returns, so a lot are forced to day trade and chase yields. 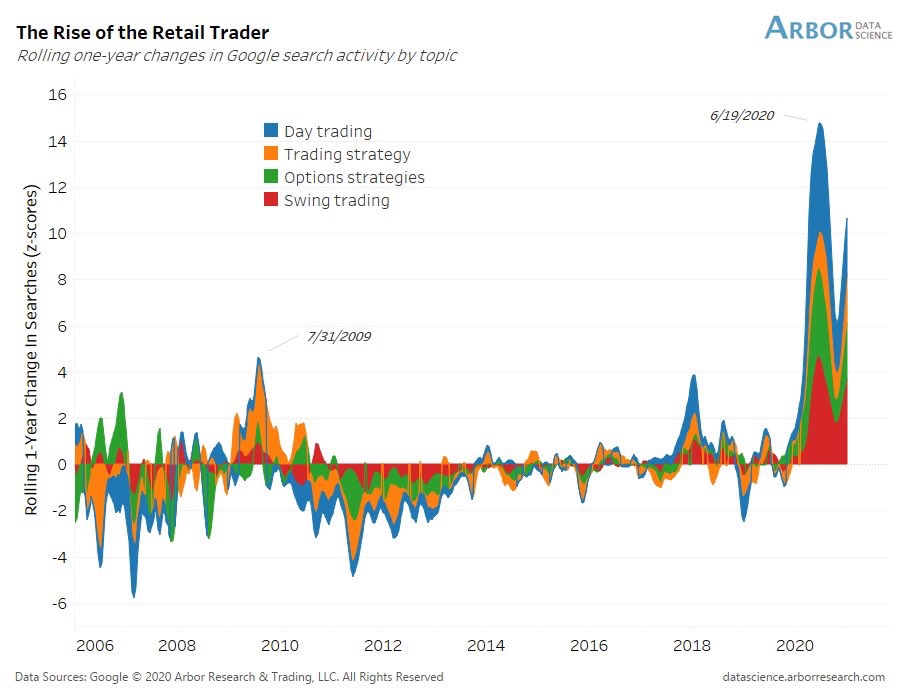 You can expect inflation on the US dollar to inflate based on the printed M1 money supply, as you can see it’s exploding. 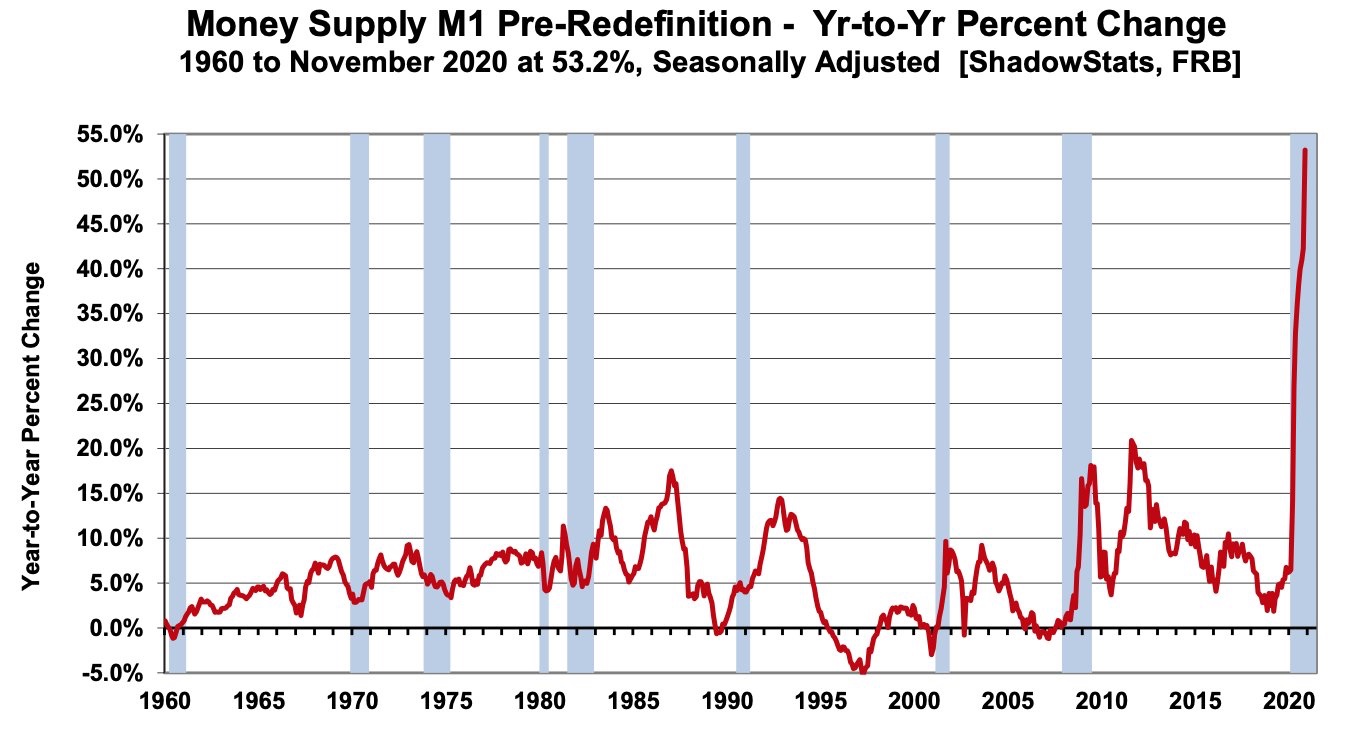 As we are now into 2021 we are living in a world of information overload where what we need is context not more content. I study a lot of data each day to understand the narrative of what’s going on with technology and the economy.

the reason tech is growing so quickly and exponentially is because of the network effects, where much of the internet and foundational systems are already built. Everyone is competing for money, attention and workers in today’s economy.

One strategy I think is solid for decades is the concept of the long tail. Take some time to listen to the audible of the book to understand how our searches, requests and questions are getting longer and more specific.

The long tail leads to SEO, Search Engine Optimization, and with longer searches there are fewer searches, but the people are further along in their search.

In the process of writing long copy through copywriting you will be naturally writing long tail phrases that will be indexed by google and income searchers will find your content near the top of the search engines as relevant.

You will want to write daily or throughout the weekly and do this long-term to build up targeted traffic. habits and consistency are really important. Writing takes a lot of practice and helps organize the thoughts in your mind.

Over time you will build traction and create a compounding effect. you will form relationships over time as others can to learn who you are and connect on social media.

3 words and phrases I will use again and again in my writings are:

This is a process of learning that has worked for me to always split test contrasting theories on what converts or works the best. From the wonder of the split test you get data and split tests and it allows you to run more specific split tests. I learn this feedback through a feedback loop and it speeds up.

The goal is really to isolate one variable at a time to find out which variable is working for you. If you change too many variables you don’t know what the cause and effect relationship was.

This creates a realignment of your perceptions, beliefs, custom audiences on Facebook. It’s the process of optimization.

Right now Tech is eating the world because they are so great at multi-variant concurrent split tests and using the psychology of gamification on people that everything is accelerating exponentially through a feedback loop and is like machine learning and AI, artificial intelligence. You can learn to learn faster.

So you should research yourself for investing on what’s a store of value for the future.

A store of value has less risk, is hopefully liquid, still holds value when the economy crashes. Many are rushing into bitcoin right now as they see that as a store of value because it’s decentralized and birdless.

It’s been well known for centuries that gold and silver have been a great store of value.

I like silver since it’s more rare and will be used with tech and consumables into the future. I have bought some old us minted coins from back when they had silver in them.

I know that it’s recognizable and should be Easy to sell when the time comes and have a Melt value that you can look up dally that’s the rate from around the world.

I think the idea of having rare, memorable and branded .com domain names is a great idea. Over the years the other TLD top level domains never really took off for branding. When people think domain names they think .com

Great domains can age well and become more rare and can sell for thousands of dollars.

In this gig economy where people work for lyft, uber, Fiverr, DoorDash, uber East etc people try to work their own hours, but it’s hard to scale. Two that are very large based on the biggest platforms are: Amazon FBA, and paid Facebook advertising.

I think both platforms have too much power to shit you down with one wrong move and this in don’t want to get too involved as a foundation with them. The potential to disrupt your income is too great. Facebook info and strategies change constantly and all of the terms and fine print.

Amazon FBA fulfilled by amazon built a great program, but it’s competitive, you can be stuck with too much unsold inventory, you can race on lower prices and lower margins against competitors and even pay for traffic.

My experience was limited, but I felt there were too many others selling the same item and eventually amazon gets the data and compete with you on their platform.

Amazon also doesn’t like you using inserts of branding in the packages you send out as amazon wants all future sales through their platform.

What we are seeing these days is the fed printing too much money causing Inflation, while the innovation of technology is causing a deflationary force trying to remove all friction and making everything free when possible.

In today’s world, especially through twitter, I get Exponential data from those who research data and study macro economics so I’m taking in a lot of data and it’s coming faster than ever. I see a lot of charts that I learn each day, lots of good context from that.

With so much Uncertainty & Chaos in the world researching data and fresh perspectives from others and split testing against your current perspectives will help you find clarity and realignment in your mind. It will help you take more aligned action.

So what’s happening right now with this technology innovation is Creative Destruction, we we rebuild over old systems create and optimize more efficient systems.

One of the biggest topics of the next generation is with the baby boomers starting to retire at 10,000 retirees per day and unfunded pensions we will likely have a Retirement crisis.

If stocks, real estate, bonds, or bitcoin goes down than that’s also going to hurt retirement savings and the rebound cycle, recession or depression could last a very long time.

It raises the question, Will the world outlive their assets earning power?

What I mean is will your income streams and cashflow be consistent monthly to be able to pay for your cost of living in retirement especially with the cost of inflation or the six figure costs of living in a nursing home.

Retirees are are not getting easy passive returns money on bonds, bank CDs, etc that worked for many decades, so now it feels like everyone is a day trader, swing trader, gambler or speculator until they die?

Let me cover at the end of this article one hedge that I think seems decebt in Minnesota real estate for your future.

Technology is starting to control the world, especially with censorship. Check this definition of technocracy, click below. 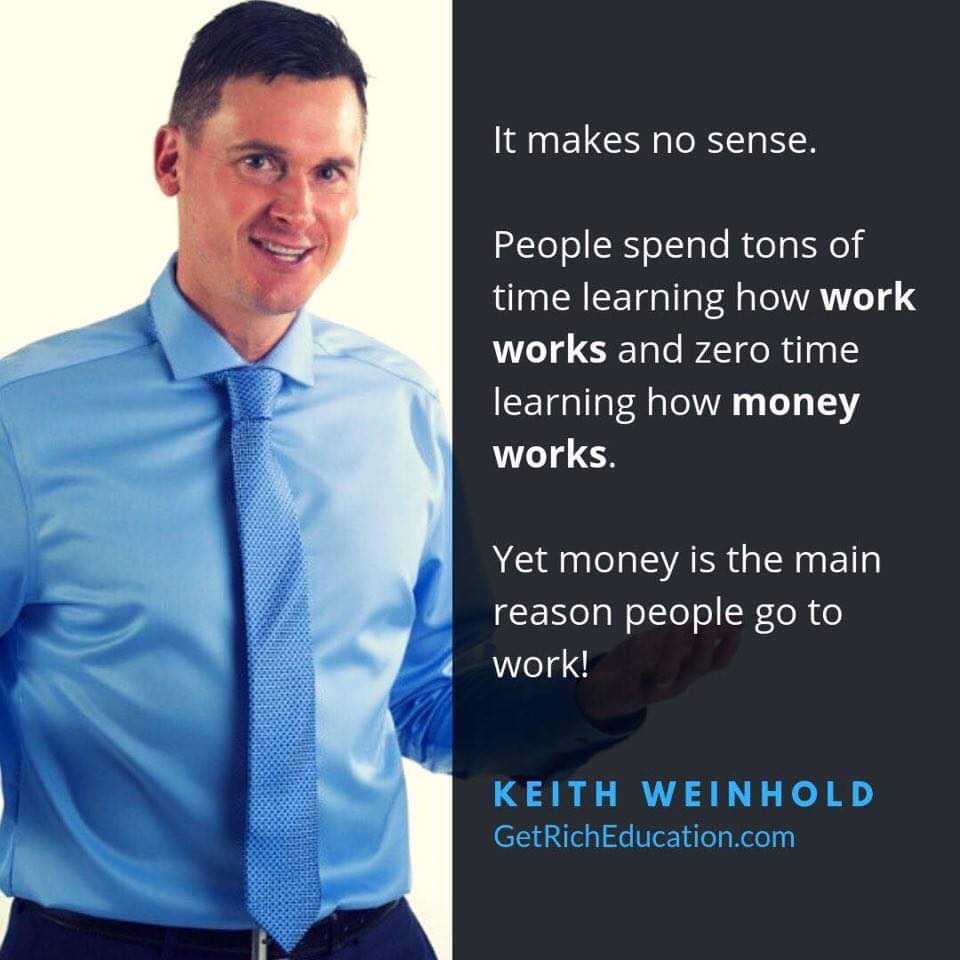 The quote above means that everyone wants to understand the systems for fulfillment in their business, but nobody wants to fully understand about liquidity, leverage, supply and demand and the technological deflationary forces overtaking the economy of inflation that has been around for 50 years since 1971 when the US came off of the gold standard.

Watch this quick video from strike on how the digital money system is changing and how we will send momey all over the world for no cost and instantly and completely frictionless.

Here is an article to see some complications relations related to bitcoin and you can follow any changes in government regulations trying to control things.

Here is an example of censorship right now that’s happening with technology.

I think this quote below explains the world that we live in, in a nutshell.

Another fun Tesla stat to show there must be more to the company than cars.

“My personal favorite Tesla tidbit is that its market cap, now over $600 billion, amounts to over $1.25 million per car sold each year versus $9,000 per car for GM.”

82% drop is a pretty big crash, it just shows that it’s possible.

Below, the walking escalator at the airport, I thought I’d use as an analogy of investing since 2008 with asset inflation where everything goes forward with little effort and you can try harder and go faster, but it’s hard to go backwards.

The gif below is more accurate of trying to leverage and make money will the gravity of hyperinflation is happening. It’s an uphill battle as you try to outrun the speed at which the money is being printed. Everyone’s assets are going way up so it feels like everyone is getting rich. Venezuela stock market went way up as well. The money is being printed, it has to go somewhere.

Thanks for reading, if you are motivated to sell your Minnesota home to get into a cash flowing investment read my sell home article click here

I’d recommend house hacking as a strategy, or buying a Minnesota home that has monthly cash flow as a hedge for your retirement, or if you think some assets may crash.

Real estate has some advantages, but cash flow is the main one. Being efficient with your monthly expenses is important also. You don’t just want $200 month as cash flow, you want more money every month without a lot of leverage and risk. You can also buy a Minnesota contract for deed if you don’t want to buy with a bank. Click here to learn to buy.