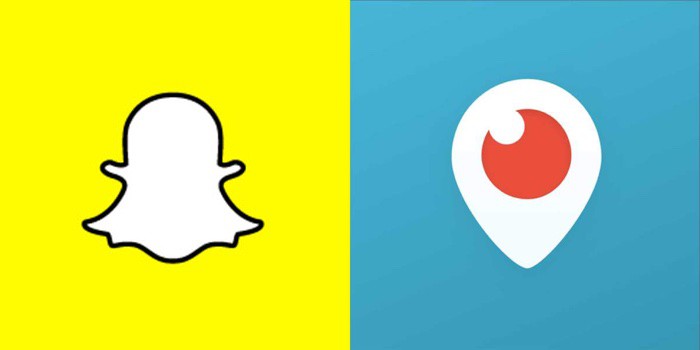 Is Periscope Better Then Snapchat?

How do these two compare.  Periscope is new on the scene and snapchat has a huge user database, and it’s really big with the younger crowd.  I personally haven’t used snapchat, so based on my research I will tell you the big differences.  Here is some from this article “Periscope is focused on providing a pure streaming experience, meaning you go on the app and you see an event happening in real time.  Snapchat, on the other hand, provides a curated experience of that event that is not necessarily real-time” from this source https://www.quora.com/Will-Periscope-post-a-serious-threat-to-Snapchat. He goes onto say “Periscope is your live broadcast, while Snapchat is your tape delay.” Also he says “People will still use Snapchat to talk to their friends or send pictures (which may or may not be of questionable character) rather than live stream their lives away.”  They are saying in the article that the ‘our stories’ is a big part of snapchat and it’s multiple points of view whereas periscope is one point of view.  They say more users from worldwide with twitter.  Twitter seems to be a huge strength for periscope.  There was a person that mentioned that people like to view things on their own time, somethings like sporting events they want to see live.  Periscope still has the 24 hour replays though, so that’s still there. I believe snapchat vanishes a lot faster.  A few people in that article didn’t see periscope as a threat to snapchat as they thought they catered to different audiences.  I agree at this point.  The article was too new as the android didn’t even have periscope yet.  The acceleration with twitter and the hashtags per topsy.com seem to be pretty high and maintaining.  I still think so many don’t know what periscope is.  Also I had heard of people using snapchat, but it sounded like it was mostly young people, so I never tried it.

Compare Stats on Both Periscope and Snapchat

If you look up #periscope vs. #snapchat on topsy.com you’ll see periscope is getting far more tweets http://topsy.com/analytics?q1=%23periscope&q2=%23snapchat&via=Topsy This is pretty cool to see how great periscope is doing.  I am writing this part of the blog as of 7-22-15 and topsy now shows 6411 tweets in the last hour for #periscope which is very high, maybe the highest I have ever seen it.  Again today I am using this link http://topsy.com/analytics?q1=%23periscope&q2=%23snapchat&via=Topsy and snapchat isn’t putting up half the hashtags, but it did have a big spike in hashtags since about the 19th and another on 7-8-15.  It looks like the adoption rate and traction are there for both concepts.  It will be exciting to see what the future holds for these two as they both go after a different age group and market and what their pivot points will be along the way, and when those pivot points will happen.  In the future if I start to use snapchat or get more great insights on it I will be sure to share it with you.  I’d love to interview a snapchat expert and share it with this audience here.

Periscope Going Forward with this Blog

Unless snapchat or meerkat have some major news coming out in the next days, weeks or months, my pivot point will be based on periscope and where that app is headed.  I believe their are so many iterations yet to come.  I think the beginning part of periscope where micro-celebrities say hi to 30 people for the first 3 minutes will get very old to people soon, and isn’t in the repeat watchers best interest.  I’d prefer some of the experts get right to the point vs. waiting 5 minutes in to say what they have to say.  This is a disadvantage of periscope vs. watching an archived youtube video.  Live broadcasting is best when the audience participation brings value to the topic and conversation.  A good solid Q & A can really make for a good live broadcast as the speaker will answer questions that the audience has.  I believe that the speaker needs to find their audience and the audience needs to find their speaker.  This can take months, or years to find someone you really resonate with.  I have learned this over many years.  For the past hour I have been listening to my periscope radio commercial on http://wikifmradio.com. I really like the idea that up to 90,000 listeners do hear this commercial.  I ask that they download the periscope app and follow me @ronorr.