How to Negotiate your offer price & terms in 72 hours when you’re motivated to BUY or SELL a Minnesota home with owner seller financing and no banks. 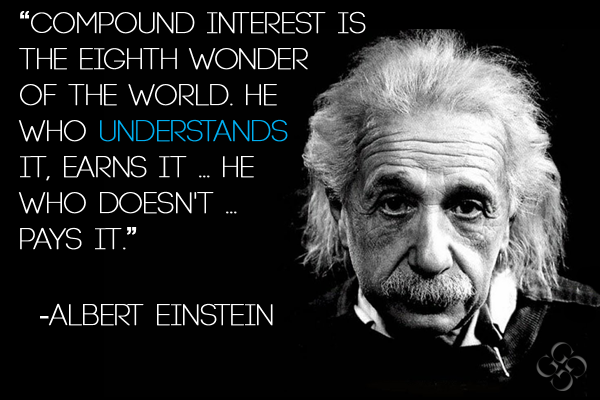 The current situation in the U.S economy is very interesting. At the center of it all is aging demographics, eyes on interest rate and yield trends, corporate, national and consumer debt, consumer retirement savings, and fixed income funds.

There are a few savers out there, some have money saved for retirement, and others have massive debt both corporations and consumers.

Ever since the Great Recession of 2008, the US economy has seen unusually low interest rates. Globally there are now negative yielding interest rates for the first time in 4000-5000 years.

Reading about bonds and interest rates doesn’t interest a lot of people, but those are the liquid parts of the market where the big money moves in the economy.

Here’s why this catch-22 is now getting to be an interesting narrative for not just the USA, but the global economy.

70% of the US economy is built off of spending of created credit. People generally were not savers and with the very low interest rates since 2008, they are saving even less now.

Let me throw out some big numbers to give context on what we are dealing with. We have an aging population almost everywhere in the world including the U.S. it is said that 10,000+ baby boomers retire daily.

It’s known that most of the accumulated money or the history of discretionary money comes from the older retiring generation.

Those who are aging are dealing with the missing interest income and the compounding liability of getting older. Finding work or being able to work gets tougher and mobility and lifestyle flexibility gets tougher.

The cost of hospitals, doctors, prescriptions and aging compound their liabilities a lot in life only too compound more and more as they get older.

The challenge that the aging demographic population is running into is their aren’t easily getting 4-5% passive returns on fixed assets like money market, or bank, or whatever as they just aren’t hedging against their spend down, inflation, or rising healthcare costs.

What’s worse as it is said that the US economy has as much as $200 trillion in unfunded liabilities like social security, government and state pensions and more.

These trillions of dollars for fixed assets are earning little to nothing on interest and this hardly any compounding. Expectations are for 5-7% returns for decades to meet projections, but those have easily been off over 11 years since 2008.

I heard a number yesterday that a lowering of only 2% on $40 trillions in that fixed savings asset sector of pension funds or insurance money that depends on returns will lose $800 billion in earnings from the missing interest that they use to get paid. This affects the US economy with a lot less money being spent. Remember that’s how the economy grows and the lower rates are trying to stimulate falling demand.

Central banks are forcing excess money on the big banks and charging negative rates in other parts of the world to put pressure on banks to lend. Not every good credit person wants to borrow and banks have to draw the line somewhere on risky borrowers.

So there is a lot of pressure of forcing the interest rates lower. Also the US dollar is the reserve currency for now and looking so much stronger than other currencies in the world. Because other countries have printed so much money others are investing in US treasuries because low rates still beat negative rates.

I hear people are even borrowing money on margin betting on bond prices to go up and the inverse yield to go down. If rates rise quickly this bond speculation bubble could crash.

Low interest rates are causing many to speculate. If you borrow money to speculate on yields going down you still owe money, the liability is compounding. It’s a lot of compounding leverage.

There are a ton of corporate bonds that need to be downgraded and a lot of zombie companies that survive off of cheap credit and being able to refi. So many corporations are highly leveraged on debt.

When the true ratings take the trillions in BBB investment bonds and downgrade them to high yield junk bonds you will see pension and other institutions that are forced to sell.

Right now people are speculating and chasing yields. The compounding leverage and risk of debt both consumer and corporate is crazy. You can see how the retirement money isn’t getting the returns to fund these liabilities and they are losing years to make up for it.

By now you see the liability and leverage especially in the compounding unfunded. What about the almost $23 trillion national debt, $1.5 trillion student debt, over $1 trillion auto and credit card debt and the crazy amount of leveraged corporate debt?

This existing debt is so massive across the US that is will soon have consumers and corporations tapped out and remember you need them to have discretionary money to keep spending in the US economy as it’s 70% consumption.

To not have all of the trillions in debt explode, and to let people have some money we have to lower interest rates a little, let people refinance again and keep the economy going.

There are many retail companies going bankrupt and many layoffs starting to rise. You can see the dilemma in needing to keep interest rates low for all of the existing debt.

Those who saved for retirement aren’t happy about the low interest rates of course as inflation is eating away their savings.

Cheap rates has even more people taking on debt and trying to make a return. The challenge is all of this debt or not earning on money and everyone getting hit with inflation and having gained a lot of debt the last 11 years in the economic expansion, most created a lot of leverage.

You could own 10 rental homes with good cash flow and less than 50% loan to value and that’s not too much leverage.

Those with $2 million in rental homes and 15% equity in each are wealthy on paper, but when the market goes down 7-8% will have net no equity, but the leverage and liabilities of needing to fix the homes with inflation labor and parts remain.

We may also get a deflationary period where the consumers hoard money and wait for prices to drop. This will force business to drop prices, lower earnings and lay-off people.

If a family has one lay-off in the family their income may be cut in half, but their discretionary spending is beyond 100% gone in most cases.

We have people spending and feeling rich based on asset prices that are inversely high due to low interest rates. When we have a mark to market and price discovery on prices consumers will likely spend less.

A big crash could last for years and maybe the final years for many people’s retirement and many may not have enough years to recover.

Remember if your house and stock prices fall 50% they need to go up 100% just to get back to break even.

None of the above is financial advice, just realize how leveraged the US economy and people’s lifestyles are.

If asset prices or incomes went down 30% how much would everyone’s leverage affect them?

I remember half of the Loan people and real estate agents leave the business during the last recession.

To keep things expanding they need to keep creating credit, so how do they do that?

For now they increase demand with lower interest rates, maybe later companies drop prices, make less profit, lay-off workers to stay profitable and then the rising unemployment gives us more deflation and soon to be lower prices, more layoffs and more companies going out of business and more vacant buildings. This is the process of deleveraging.

Maybe you aren’t that leveraged, but the economy continues to grow off of new credit to leveraged consumers. The debt to income ratio on corporations and homeowners is crazy.

When defaults rise, and people don’t get paid back in the billions and trillions it all starts to unravel.

I’ll keep you updated with the headlines of what’s happening out there and thanks for reading.

If you are a motivated Minnesota home owner click here

How to Negotiate your offer price & terms in 72 hours when you’re motivated to BUY or SELL a Minnesota home with owner seller financing and no banks.